In many intelligent interactive narratives, the player controls an avatar while an experience manager controls non-player characters (NPCs). The space of all stories can be viewed as a story graph, where nodes are states and edges are actions taken by the player, by NPCs, or by both jointly. In this paper, we cast experience management as a story graph pruning problem. We start with the full graph and prune intelligently until each NPC has at most one action in every state. Considering the entire graph allows us to foresee the long-term consequences of every pruning decision on the space of possible stories. By never pruning player actions, we ensure the experience manager can accommodate any choice. When used to control the story of an adventure game, players found our technique generally produced higher agency and more believable NPC behavior than a control. 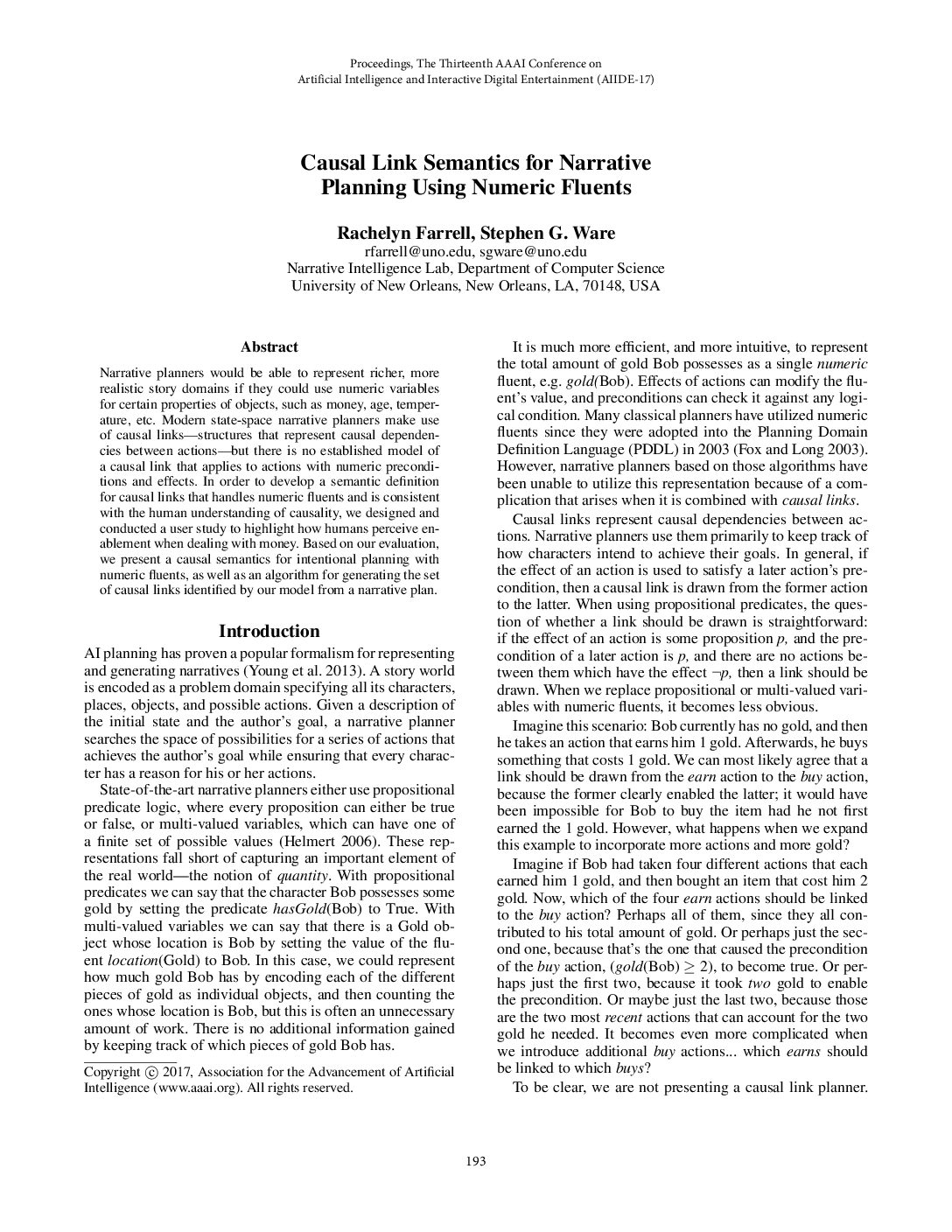 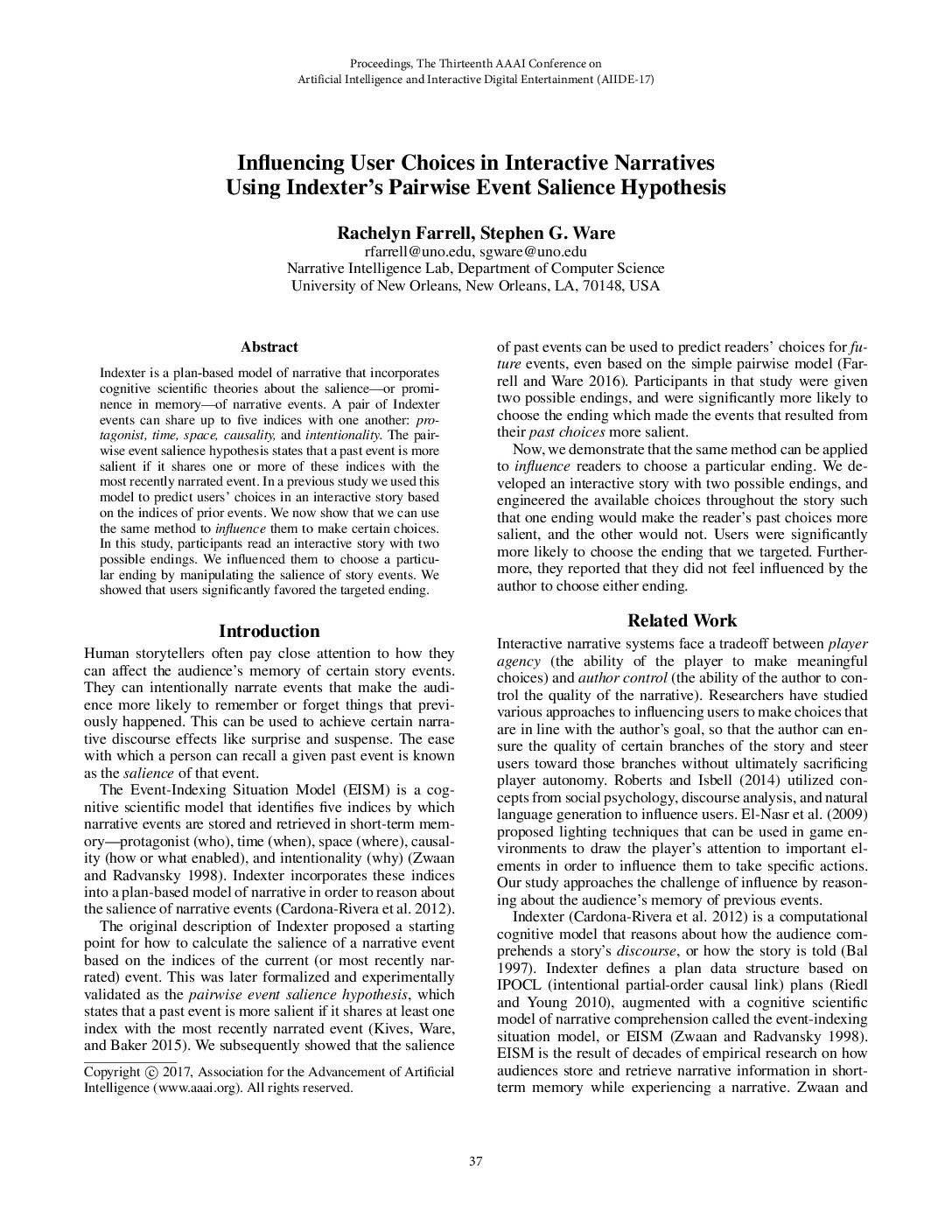 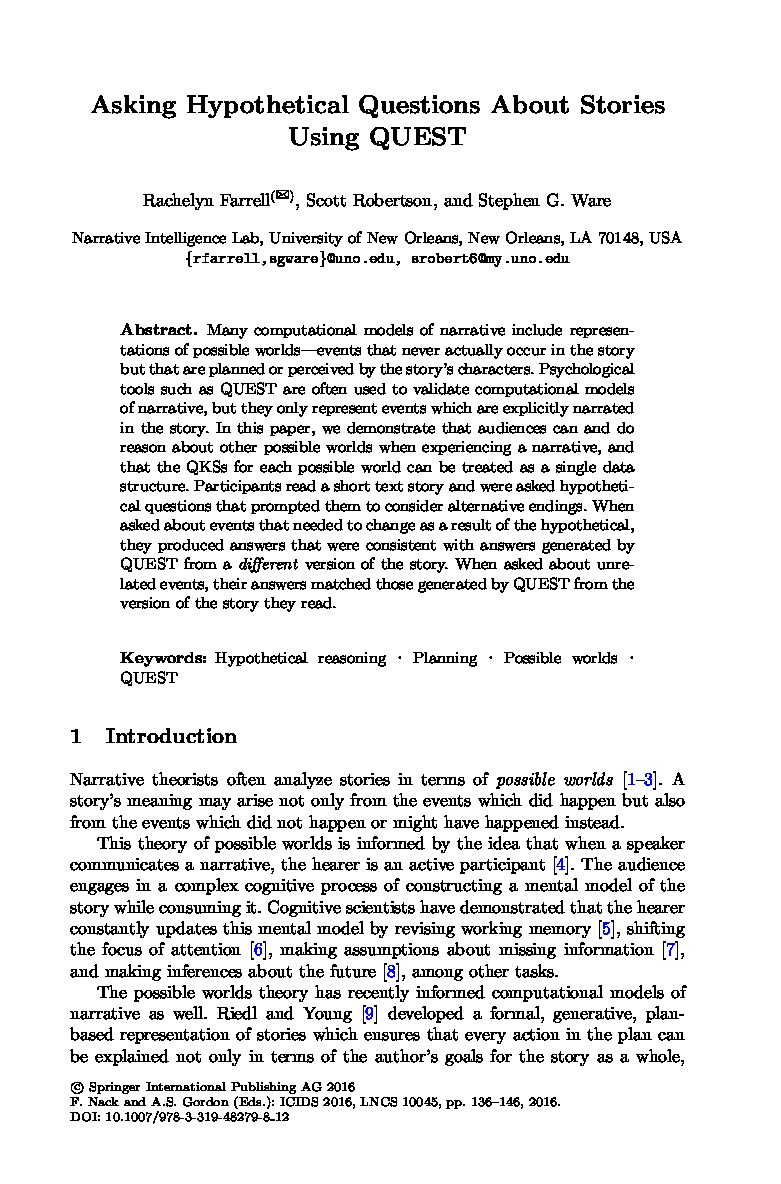 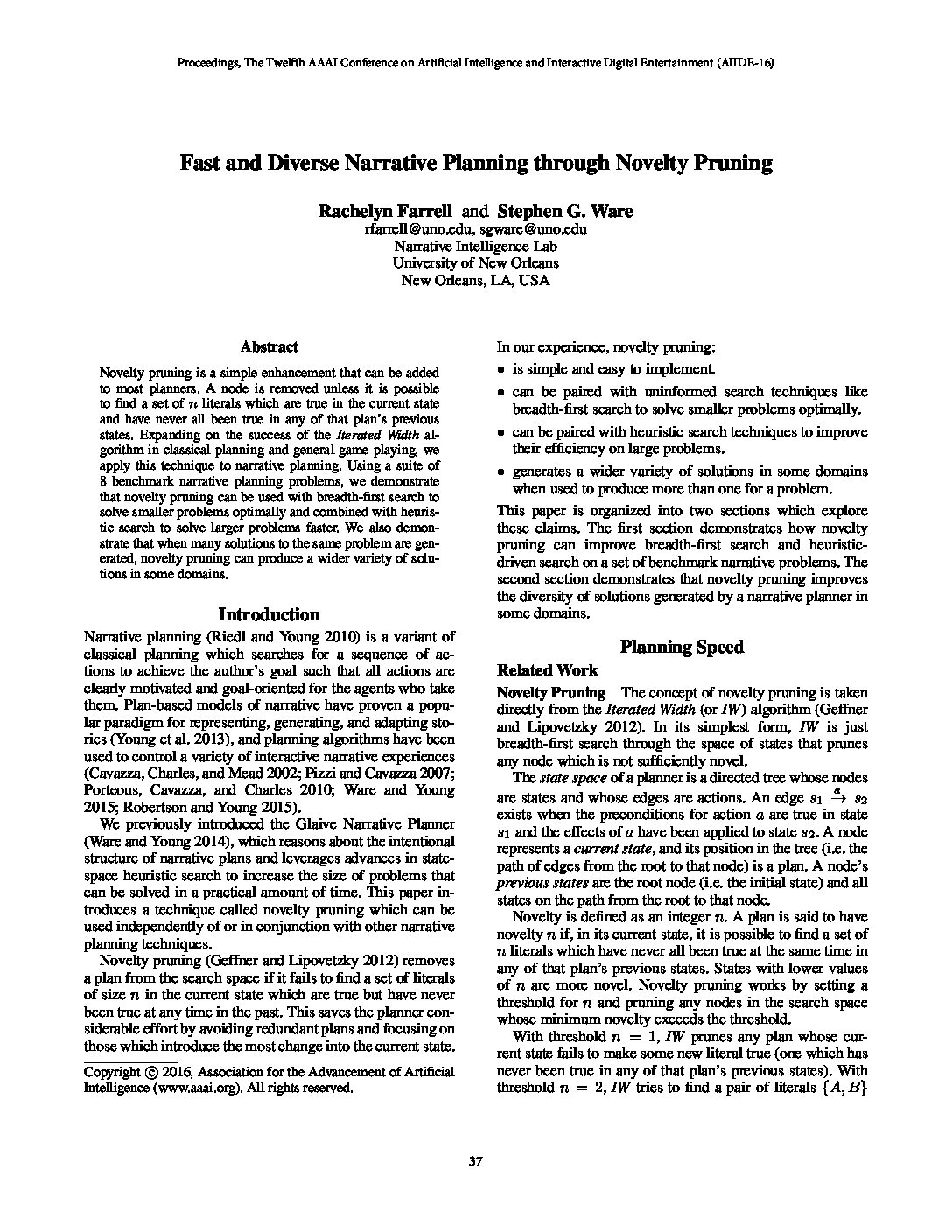 Novelty pruning is a simple enhancement that can be added to most planners. A node is removed unless it is possible to find a set of n literals which are true in the current state and have never all been true in any of that plan’s previous states. Expanding on the success of the Iterated Width algorithm in classical planning and general game playing, we apply this technique to narrative planning. Using a suite of 8 benchmark narrative planning problems, we demonstrate that novelty pruning can be used with breadth-first search to solve smaller problems optimally and combined with heuristic search to solve larger problems faster. We also demonstrate that when many solutions to the same problem are generated, novelty pruning can produce a wider variety of solutions in some domains.