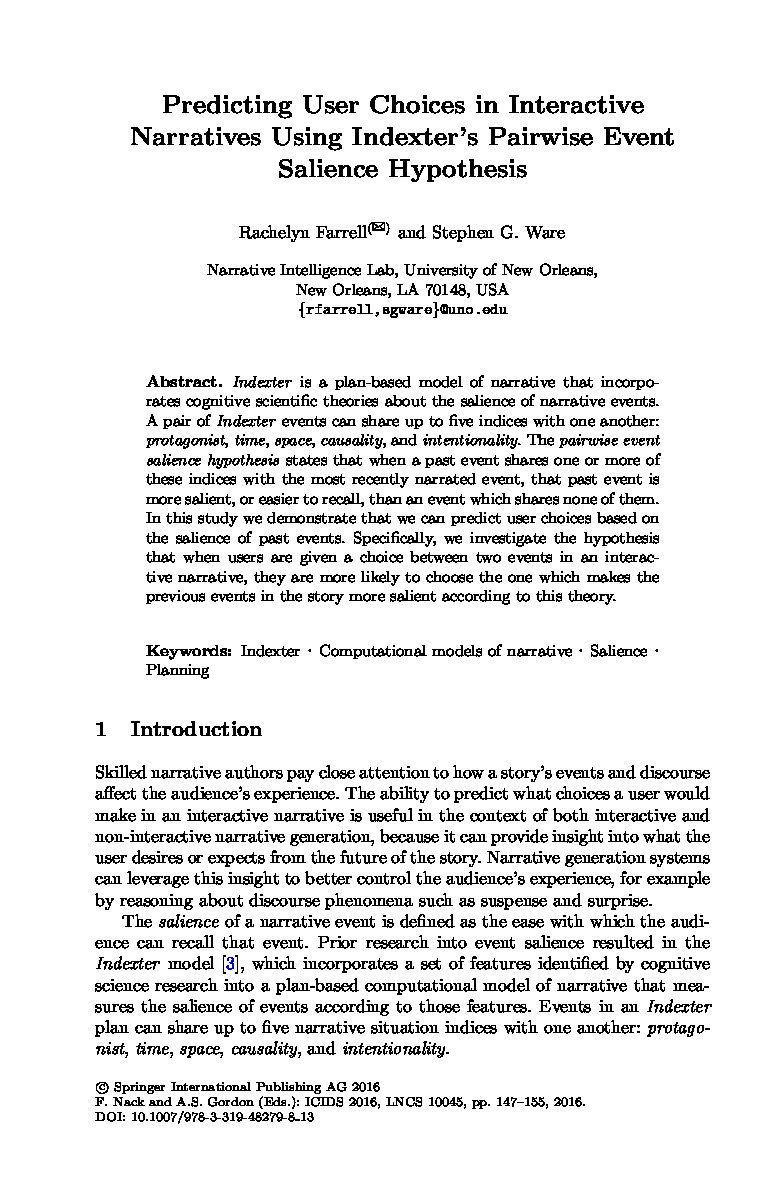 Indexter is a plan-based model of narrative that incorporates cognitive scientific theories about the salience of narrative events. A pair of Indexter events can share up to five indices with one another: protagonist, time, space, causality, and intentionality. The pairwise event salience hypothesis states that when a past event shares one or more of these indices with the most recently narrated event, that past event is more salient, or easier to recall, than an event which shares none of them. In this study we demonstrate that we can predict user choices based on the salience of past events. Specifically, we investigate the hypothesis that when users are given a choice between two events in an interactive narrative, they are more likely to choose the one which makes the previous events in the story more salient according to this theory.

The story used for this study is here!